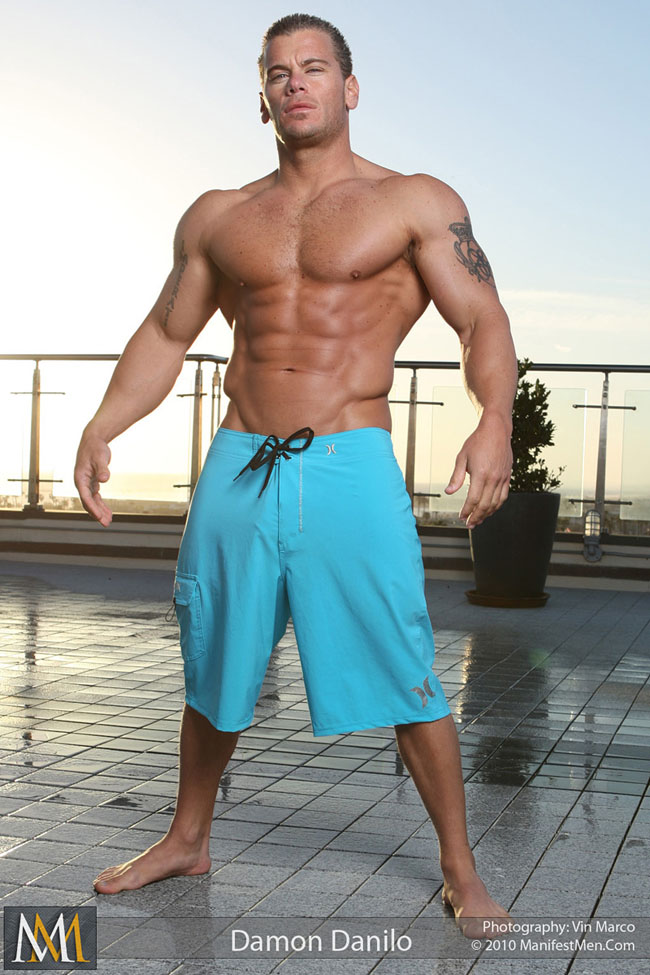 Damon Danilo is a muscle fantasy come to life. He’s not a competition bodybuilder, but he’s definitely a muscle man who spends many hours a week sweating over free weights at the gym while other, lesser men look on in awe. He’s appeared on a number of muscle websites, and you can see why – he’s ripped, he’s big, he’s buff. And he did this shoot for Manifest Men with muscle god Vin Marco wielding the camera.

He’s more of Damon showing off his abs, nicely muscled chest and his masculinity, all wrapped up in a male toughness that suits his muscle builder body to perfection. And it doesn’t hurt that for this shoot he has just a little trimmed chest hair. Click here to see lots more of Damon Danilo at Manifest Men!

This entry was posted in Big Muscle